on Saturday, 06 February 2016. Posted in Panchakarma

21 days of panca karma, the Ayurvedic cleanse, at Vaidyagrama, Coimbattore.... 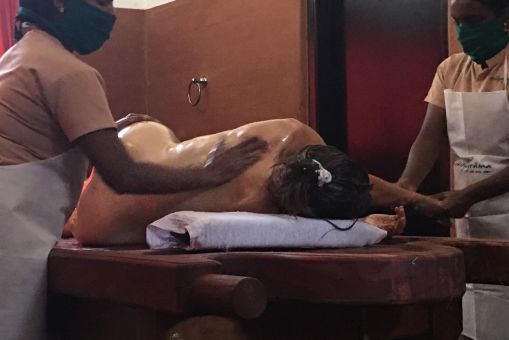 Panca means five in Sanskrit and karma means method, so five methods to bring your body/mind/emotions back into balance.

The procedure followed is the traditional one: first the purva karmas, the preparatory methods of oleation and sudation, followed by the panca karmas. Of these, only three are still really being used, being virechana - a purgation given after the preparatory methods mentioned above. Then basti, oil or decoction enemas, sometimes given alternately. And nasya, or medicated oil drops administered nasally.

The method at this almost monastic centre is to be your guide, allowing your body to heal itself, mainly through rest. There's no yoga, but prayers are held twice a day, including the singing of mantras. 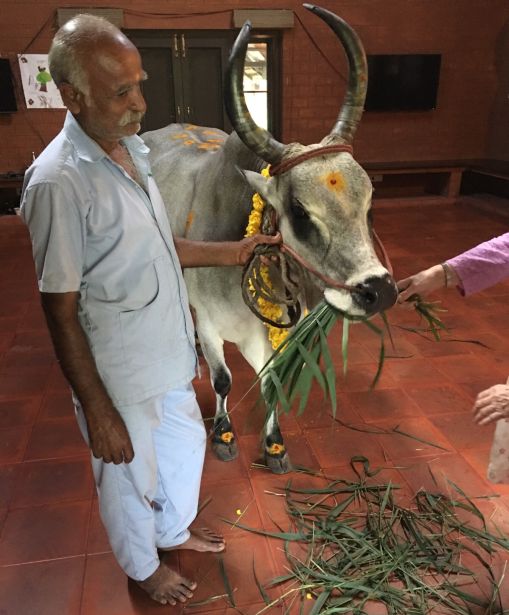 And every Friday the sacred cow, here heavily pregnant is brought in, treading daintily on her tiny hooves along the centres covered walkways, covered to protect us from the elements. Then she is adorned with flowers and coloured herbs and we take part in a cow puja.

She is our major entertainment during the week, which is otherwise spent mostly on our own terrace, perhaps contemplating the garden, meditating or resting. Whenever anyone attempts to sleep during the daytime, somehow someone - either a doctor or a masseuse - appears out of nowhere to shake them awake.

Three weeks of doing almost nothing, after a day or two of irritation it became heaven. 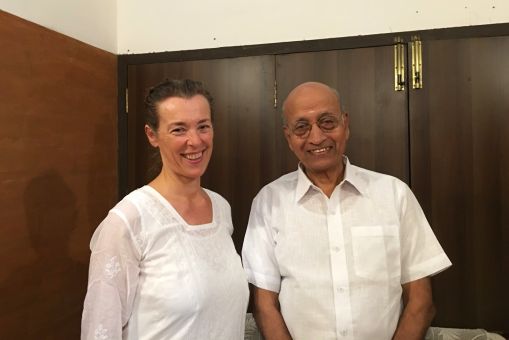