ADD YEARS TO YOUR LIFE

AND LIFE TO YOUR YEARS 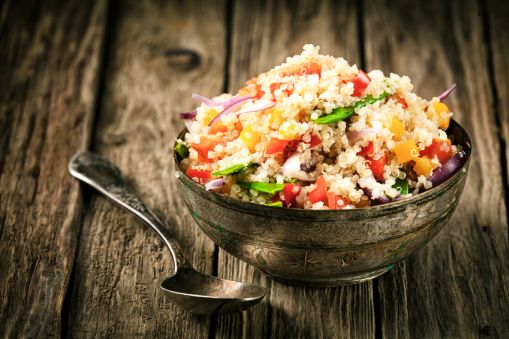 You are what you eat, there is no doubt about it. Ayurveda is all about digestion and tells us that if it’s healthy, you can digest rusty nails.

And if it isn’t, taking medicine or supplements can often cause further complications, as they won’t be properly digested and can clog the system or burden liver and kidneys.

How can you tell if your digestion is healthy? Ayurveda tells us that we should have a regular, daily bowel movement, excreting formed faeces which look like a ripe banana, as long as your forearm.
So if yours are loose, or if you strain to pass them, your digestion needs help.

We’re all wedded to the food we eat, persuading ourselves that what we eat is healthy and perfect for us. It’s difficult for us to change our diets. For example, I once had a client who came to see me with a stomach ulcer. Despite already being a fire person, she ate chillies, tomatoes and yoghurt daily. She was convinced that all three were really healthy for her. She was able to drop the chillies and reduce the tomatoes and yoghurt and was rewarded by the disappearance of the ulcer.

Don’t worry, I won’t ask you to eat totally differently, but I can give you suggestions for you to eat according to the elements which are prevalent in your system.

Often we inadvertently do things to slow down our digestion, such as drinking ice cold drinks just before or with meals. Or having ice cream afterwards. Both of these will douse the digestive fires and cause indigestion. You may be eating something which you find difficult to digest, which the body may be storing in the form of fat, leading to being overweight and eventually being obese. Wrong food combinations or eating fruit after a meal will cause fermentation, leading to gas. Is that something you suffer from?

Then come see me for a diet consultation during which we’ll modify your diet to best suit you.